I am sorry to say that after remaining at Antigua for nearly a Week I have been obliged to return without being able to procure a single Bill, have therefore been under the necessity of bringing back my Doubloons.  218 per cent was last week offered for Bills and could not be procured at that rate, it is expected that Bills will be more plenty a month or two hence, as a good deal of provisions have been bought payable in Bills when sugars are shipped.  I have left directions with my Agent in Antigua to get any good ones that may be offered for sale, there are no government Bills now drawn, and a good deal of money have been brought over by the merchants from the French Islands.

I have made arrangements for the sale of about seventy oxen which are to be paid for in Bills as soon as I can deliver them which I hope will be before the end of next month; we are now getting dry, and shall therefore be able to catch them at the watering Pens.  I this morning began to take in my Corn it will be a tolerable crop.  I shall have some to spare, Corn is now at four Dollars per Bushel and yams at thirty shillings per hundred weight, I shall be able to send off from sixty to seventy thousand pounds of the latter which shall be done as soon as I can get the vessel to carry them, Mr Ick has already had one load of twenty thousand.      I am
Sir
your most Obedt. humble
Servant
(signed) John James 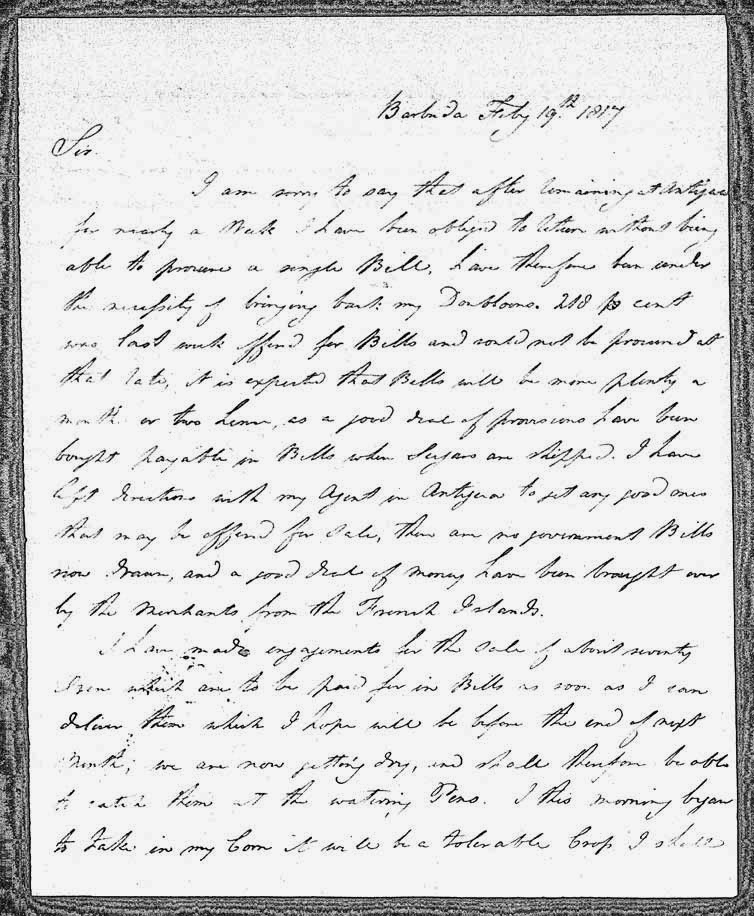 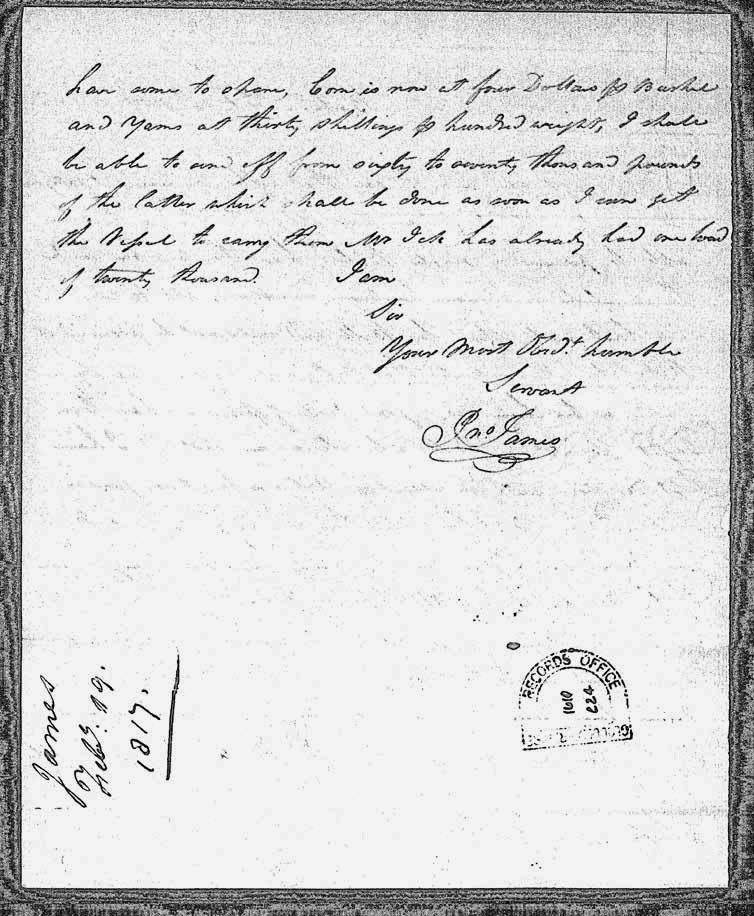