Sir,
Having on 31 of October received the salvage of what stores were sent from the Woolwich to the Naval Yard at Antigua, I enclosed the first of the Bills amounting to £1200 Sterling to be forwarded by the Man of War which was to Convoy the Fleet then about to sail from Antigua; then fully intended writing you by the Packet at that time expected, & sending you the seconds but unfortunately the wind blew so very strong from the North that our Vessels could not get here in time after her arrival; and I am sorry to say the same winds have continued ever since, attended with extreme drought, in consequence of which the prospect I there had of a good Crop of Corn has entirely vanished one piece of 130 Acres which then promised abundantly I shall get little more than my seed from another of nearly  two hundred will do something better but far even from a tolerable Crop, this has been the worst season I have ever seen since I have been on the Island, in fact we have not had Rain (Unreadable, but possibly “on the Island but six times”?) for the last fifteen months, and even then it was only partial. The Sheep have suffered nor is it possible to prevent it, as they cannot be attended to like the Cattle & horses, both of which are (Unreadable).  The severn Bills for £1250 were for the article is sent from the Woolwich to the Naval department, the Ordinance stores are still unpaid for nor can it be done in this Country. I have obtained certificates for the Articles sent, but they must be valued in England the storekeeper here having no directions to do it. The ship is now given up, I shall directly after Xmas have men on board her to get what Lumber we can from her.  Three of her Decks are still out of water. The Cotton of last year amounting to 15 Bales were forwarded together with the Turtle shell by the last fleet. I remain
Sir
Your Most Obedient Humble
Servant
(signed) John James 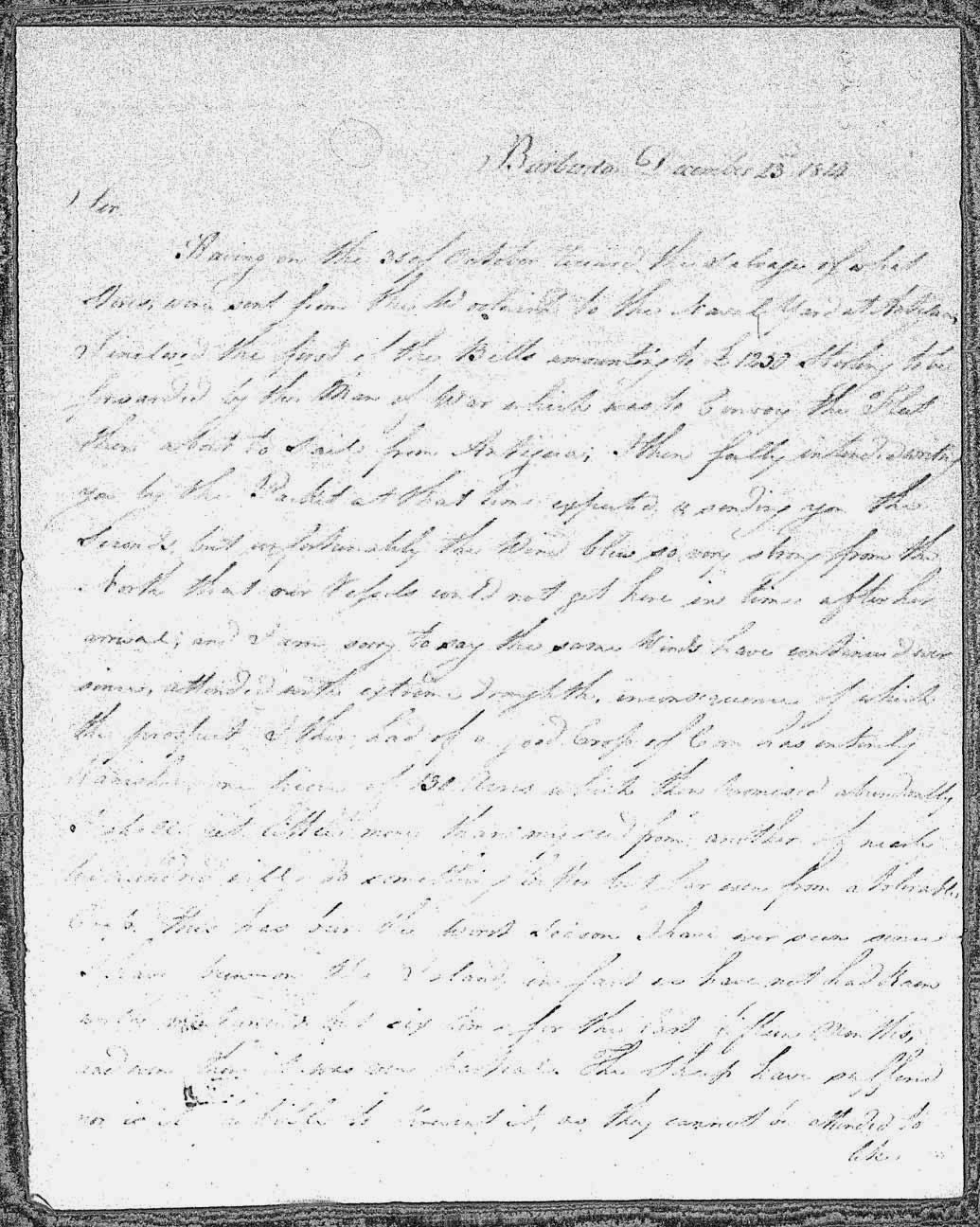 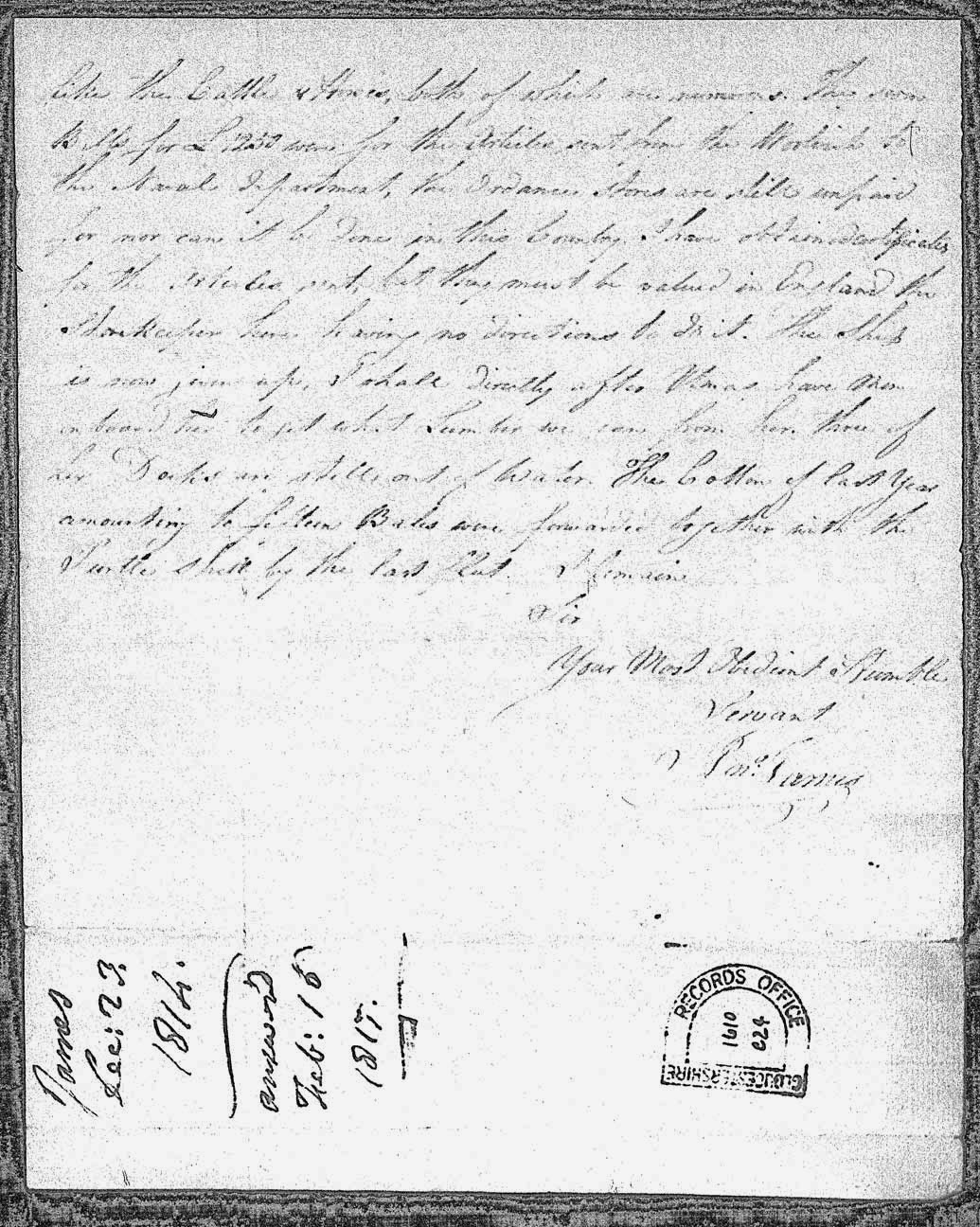